How to use a Lens clock to determine the base and the power! 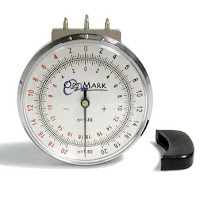